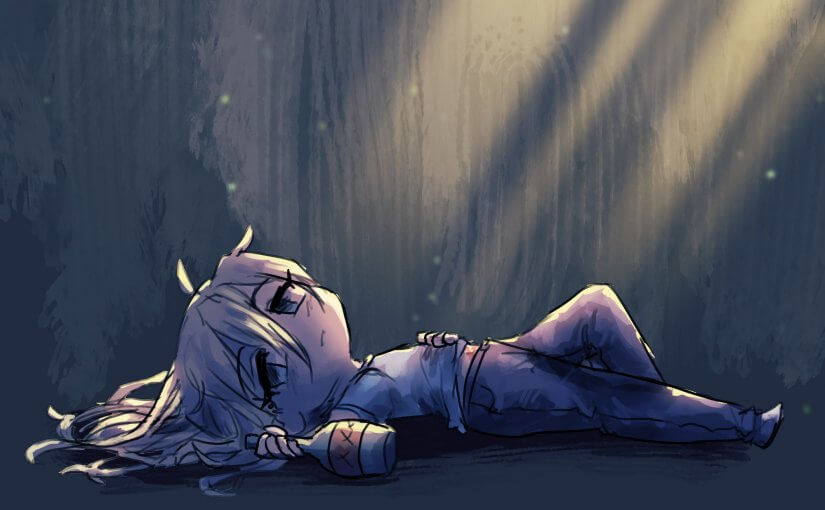 The entirety of 2020 I hated everything I drew and it got worse as the year went on. Here in 2021, my feelings haven’t changed and I still hate everything. I think it’s because my hands can’t match what my mind is envisioning, so I automatically assume the worst of everything placed on the canvas.

I bought two expensive art classes that I’m kind of banking all my hopes on for actually liking art again, one of my goals this year is to make something I actually like and don’t hate five seconds after making it or five seconds after it’s done . So far I haven’t achieved it yet. So I’m just kind of lying in wait for February for when the class starts. If I still hate everything after I finish both classes I dunno what I’ll do with myself, really. Probably just delete myself off the earth haha… anyway….

END_OF_DOCUMENT_TOKEN_TO_BE_REPLACED

Recently E*sy has been cleaned of Jojo content (with rumours that Stone Ocean is coming out soon), more specifically, there have been takedowns affecting every Jojo artist of all calibers, popular and small artist, and a lot of people have been looking at other places to setup shop. Including me.

The problem is that fanart is still fanart, infringing on others’ IP is still Bad, and no one wants to deal with that. Getting your account terminated can happen on any storefront, E*sy or otherwise. I’m not gonna discuss legality of it, but I’ll say that fanart is the reason I can pay my bills, and that’s probably the same for many artists, so you know my stance on it now.

Because of this recent event, my hackles have been raised quite a bit for the past several days due to various things. First, I love Jojo, so not being able to share my Jojo merchandise with other fans who want to buy it outside of cons makes me sad. I love spreading the good word of Jojo and limiting my ability to do that sucks.

I am not fighting the fact that the company wants to protect its IP. That is well within their rights. But this is my second problem: My original stuff doesn’t sell because I can’t create marketable ideas/products and my tastes are too niche.

While looking up threads on this fiasco and seeking out possible other options than selling on E*sy, someone’s comment in particular really rubbed me the wrong way. The short version of it is that they treated fanartists condescendingly and said that their original art does well on E*sy therefore proving that original works are just as viable as fanworks.

I looked at their store and… well it was just animals. Of course their shop was doing fine. Their original work appealed to every person on the fucking planet.

It’s not that simple for everyone. I want to make nuns and angels and priests and religious shit for my original merchandise. Who the fuck wants that? Very few people. Every single piece of original work on my table is carried on the shoulders of my fanart. If I get rid of all my original work my sales wouldn’t suffer in the slightest.

The only original art I’ve been able to sell with sort-of success is anything with Incubus (people love his design for whatever reason), but it’s not like I can do much with that- usually it’s like 1-3 pieces of something Incubus-related per con. Which I consider fucking mindblowing next to my other original shit which has exactly Zero sales.

And, people suggested doing cute animals: yeah, I did that. They sell as frequently as my other original works, which is…maybe one per con. Why would people buy cute animals when they could buy a character they like? The connection is greater for the latter.

I thought of starting a series of cute/fanservicey angels, but I was reminded that nearly every piece of original art I’ve ever done has sold poorly so my feet sunk into the mud, unable to get a solid footing. I’m also abysmally fucking terrible at character design so it’s not like I could make a really stylish character that could appeal to anyone either. I just have accepted the fact that I can’t create marketable stuff without relying on other IP.

It’s easy to say: “Just do it!” But I see dollar signs disappearing before my eyes and more merchandise no one will buy sitting in my already-full closet.

“Art that you love sells! They will know how much passion you put into it! Make what you love, not what sells!” What a fucking joke. The fanart I gave the least of a shit about and barely put effort into was my biggest seller for several months. 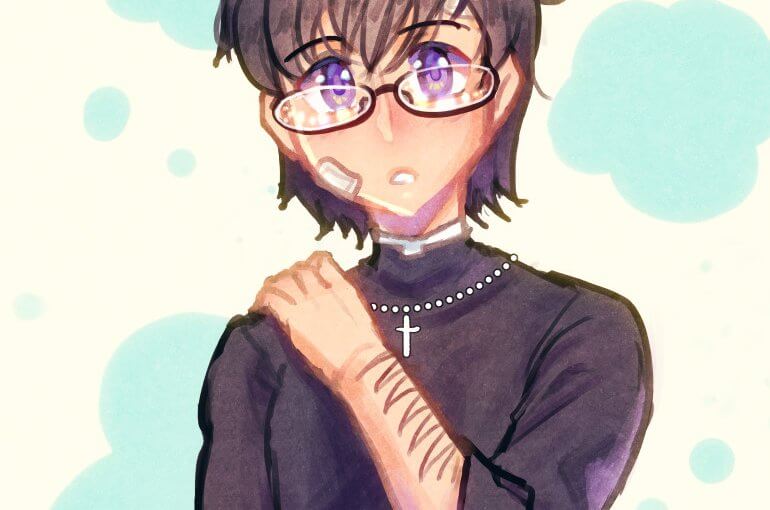 For a long, long time I’ve been deeply disturbed at how long it takes me to make comics. And somehow after five years of making comics I’m still crawling at a snail’s page to crank out a page. Meanwhile comics like Stand Still, Stay Silent update four times a week and continue looking beautiful and I’m like ????????? The fuck kind of alien sorcery is this?????? huh????? how???????

I remember crying about it to other webcomickers on a webcomic FB group several years ago, I didn’t get too much advice on it and I just had to figure it out on my own. That seems to be a common theme. I never seem to absorb anything that anyone says to me. I just have to learn it by myself, even if someone already told me it, I have to be the one to discover it. Anyway, that was the first step I took of not detailing every single fucking rivet in an armour piece, but of course that was just one very teeny tiny step.