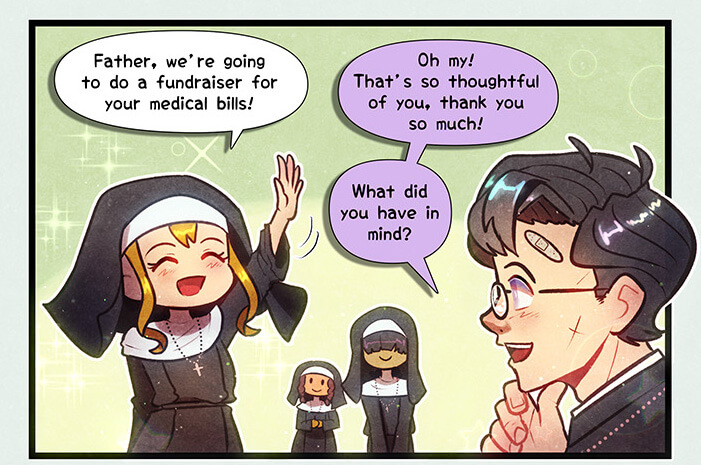 Even though it’s been a little over a week since ACEN I feel like it’s been an entire month. Since then I’ve been working extra hard to shit out comics for my new series Boys Outta Luck!, I was thinking I’d been in an after-con slump for at least a month (as it usually is) but I’ve been very productive and have only had lulls in days when my wrist was hurting.

I usually have after-con slumps because I go there and proceed to psyche myself out saying I don’t belong there, I suck, etc. compared to the other artists, then after it’s done I feel like I’ve robbed everyone of their money with their shitty artwork and continue holing up in my house.

However, as I mentioned in my previous post, I got positive reinforcement for my original stuff so now I’m high as a kite on little tidbits of praise and I’m in overdrive mode.

A couple days before ACEN I had written the final 3 chapters of APB that I needed to reach my goal of 10 chapters, which is about a third or fourth of the whole story and ends the first arc. I’ve been meaning to have it be looked over but I’ve been too preoccupied  with churning out BOYS that i haven’t had time to look over a couple things i found sketchy and send it over.

I’m still really nervous about drawing it because I’m afraid I’ll fuck up the visuals with my lack of being able to draw things from my mind. I also have a terrible perfectionist streak where everything has to look like a Monet painting or else it sucks, and I want to try and spend less time looking perfect and more trying to convey a feeling. And I think I need more practice with that before diving into trying to draw APB.

As for drawing sadbois, since it’s a 4koma it doesn’t need to be very involved art-wise and I feel like it was a good decision to make them as sort of baby steps back into drawing comics. Since I haven’t drawn any comics in over a year.

I plan to post it to Webtoons but I’m a little scared about Entitled Readers™ complaining about only updating with 4 panels a week and I’m lazy and the comic sucks and etc., I’d like to only post once a week because of my health and sometimes my wrist pain hurts for days at a time so there would be times I cannot make a schedule. I’m trying to work up the nerve to just say fuck them and if anyone complains they can feel free to donate $10,000 for surgery to me.

I’ve been having a lot of fun writing the little 4komas and I think the content gets stretched to many comics because I can only fit a little bit of story per comic. I hope people enjoy it and I also think it’s a good balance between my desire to make everything SAD AND DEPRESSING and cute lightheartedness of the characters/situations. 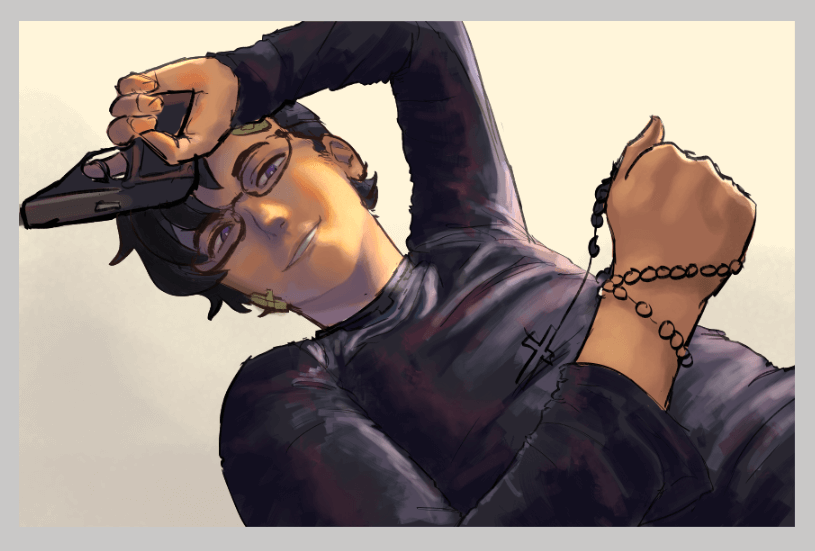 I’m currently drawing an illustration that takes more than 5 seconds for – gasp – FUN, and I’m trying my best to cast away the constant notion I have that “if you’re drawing something complex and you can’t sell it then it’s pointless and a waste of time and you need to stop and draw some fuckin popular anime characters you piece of GARBAGE”.

True, I’m spending a lot of time on an illustration that won’t be used for anything, but I’m having fun and isn’t that okay? I am extremely adverse to the idea of having “fun” because if I’m having fun that means I’m not working and then I just feed into the idea that I really am a disgusting worthless NEET because I’m not working on something that can make me money. I’m trying to break the habit… not every picture I create has to generate me money in some way.