Observe 2004, me drawing a friend’s assassin from Ragnarok Online: 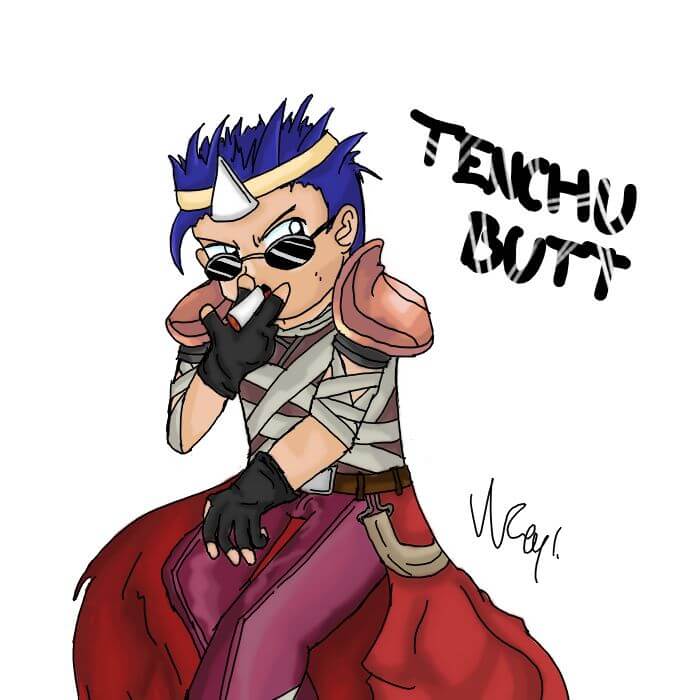 Then a year later I got into this weird phase where I drew eyelids semi-realistic and it looked like everyone was a crackhead. 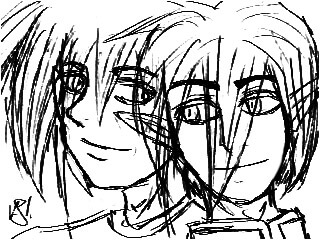 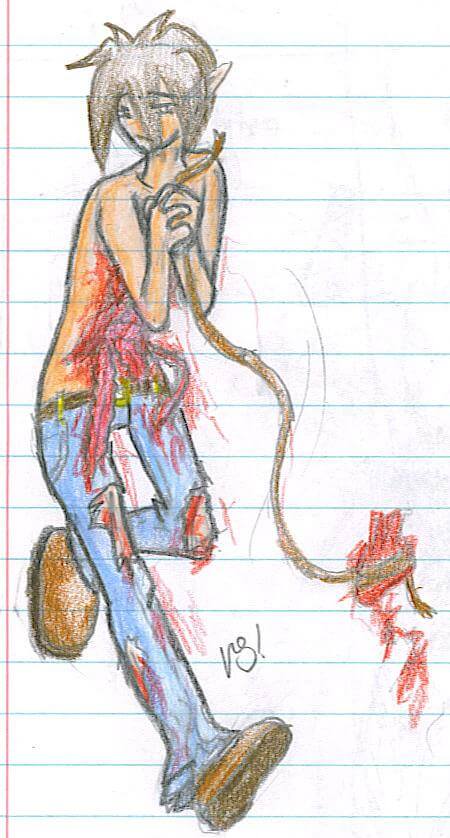 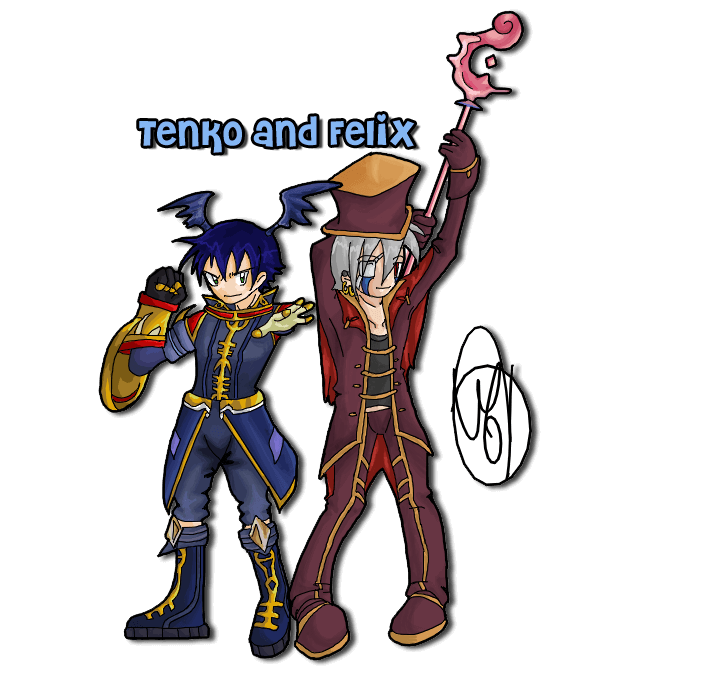 This was for a contest on my Ragnarok Online server, me (a high priest) with a friend (a stalker) that I’d met on the server and who I hung out with to farm stuff. We are farming a Phen card, a very useful thing that allowed you to cast spells uninterrupted. I think I’m salty about this pic because the friend complained about the eye colour of their stalker not actually being blue? I guess because chars in RO don’t have eye colours so I was kind of annoyed by the nitpick. 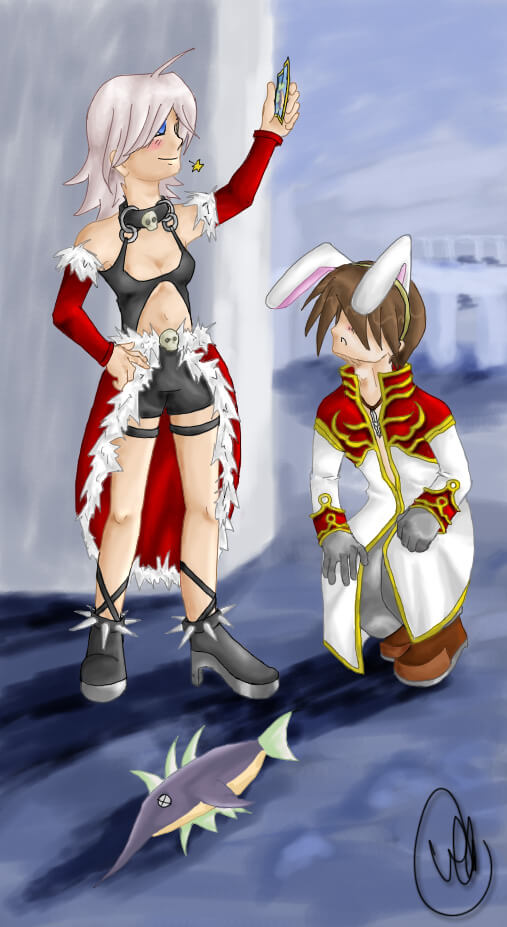 A year later I played a ROSE Online private server and met a friend there. This is my Cleric with his Champion. We farmed yetis…a lot of yetis. 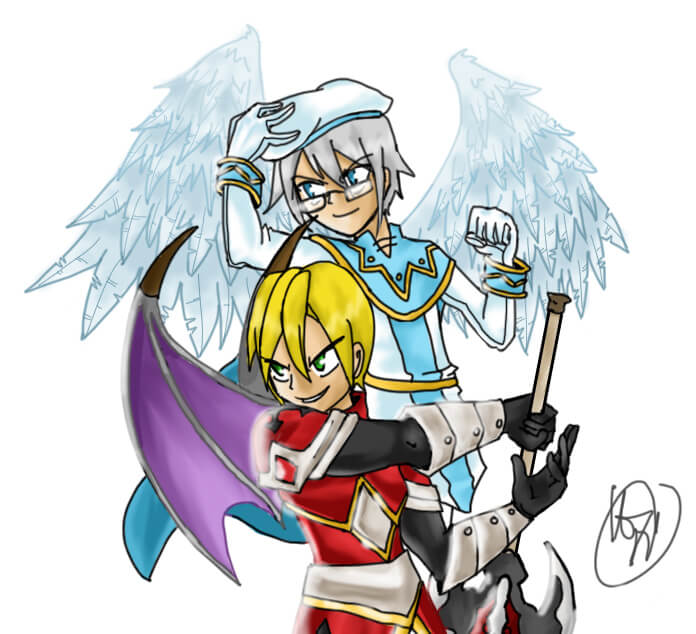 Then a year after that I started my fantasy project Sorrowsong. It was going to be a series in Flash. Of course like most things I never finished it. 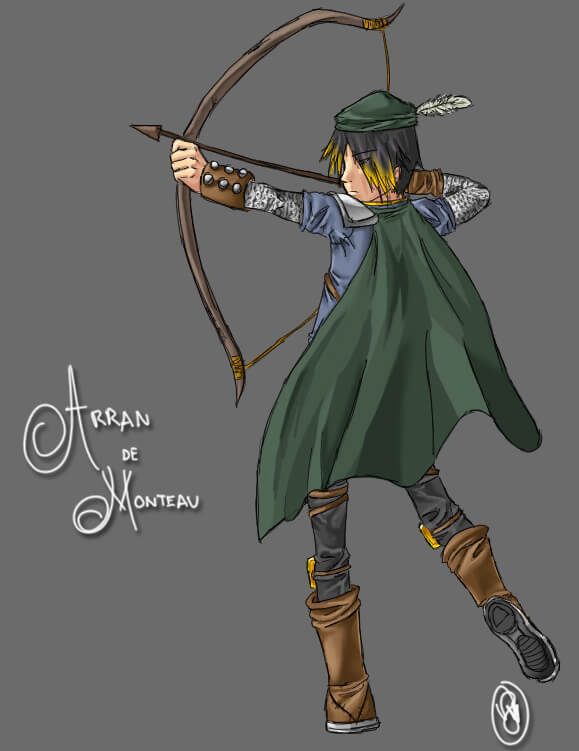 In 2009 I became OBSESSED with a parody of a comic called Asscastle (VERY nsfw) I saw on Team Fortress 2 chan and started to emulate it (poorly). 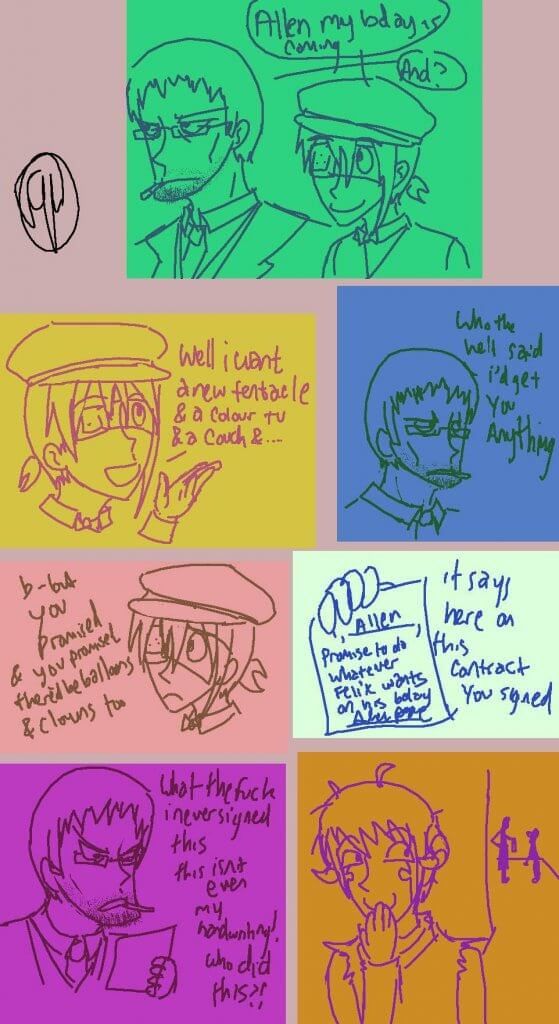 I used this style for a long time… 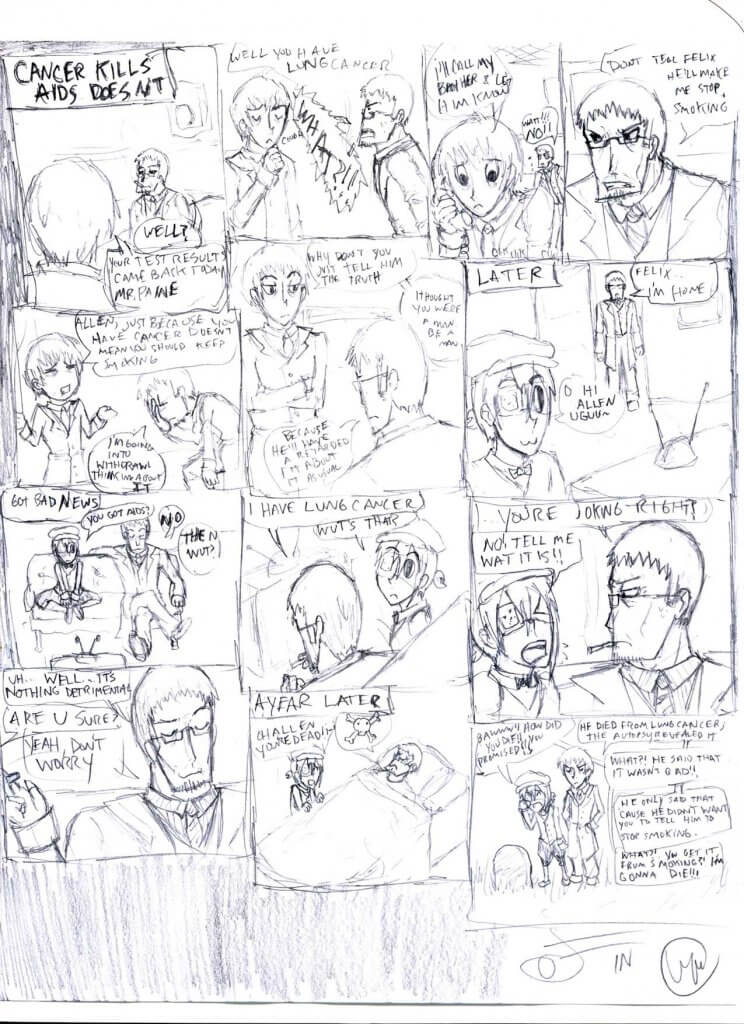 In 2011 or 2012 I started playing Vindictus, here’s my friend’s spear Lann character. 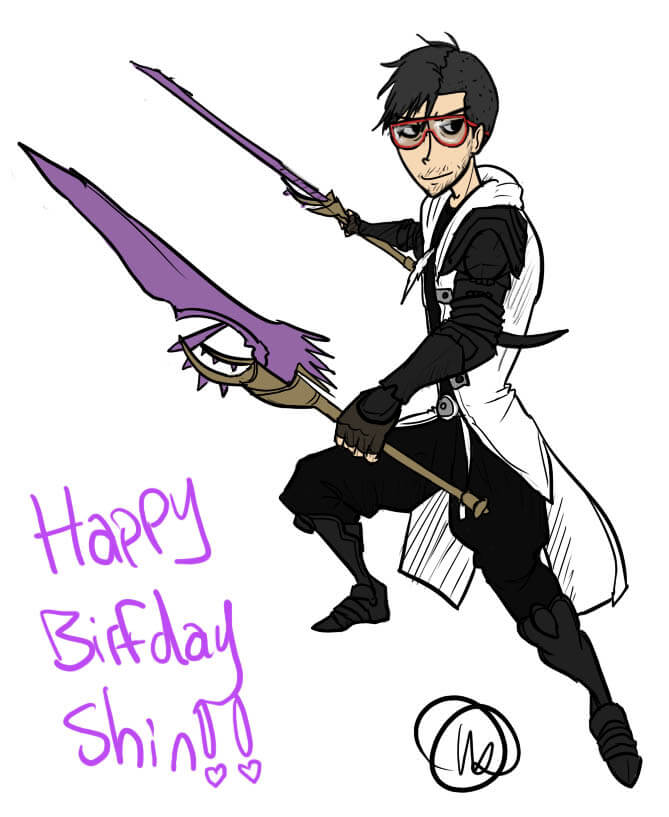 Around 2011 I started Wingless (or at least, its prototype). Here’s the first time I pretty much ever tried using the perspective tool lel.

Then in 2012 I switched from Photoshop to Paint Tool SAI as my main program.

Around 2014-2015 I tried to draw more fanart for clout on deviantArt. It’s all pretty bland and soulless. I did some stuff on Twitch Plays Pokemon too… I was really desperate. This is Librom from Soul Sacrifice. 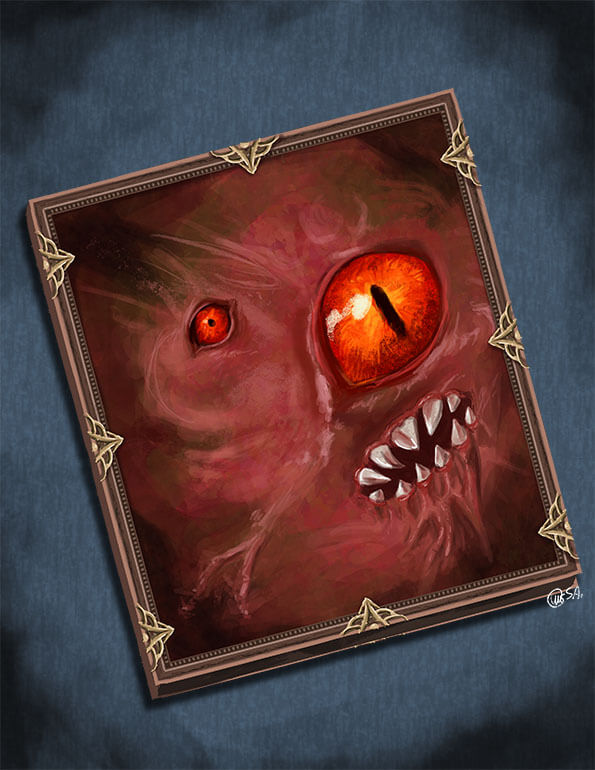 Here’s a cursed image that I accidentally downsized while trying to export as a draft. When I realized it I rushed to the end cause I felt awful. 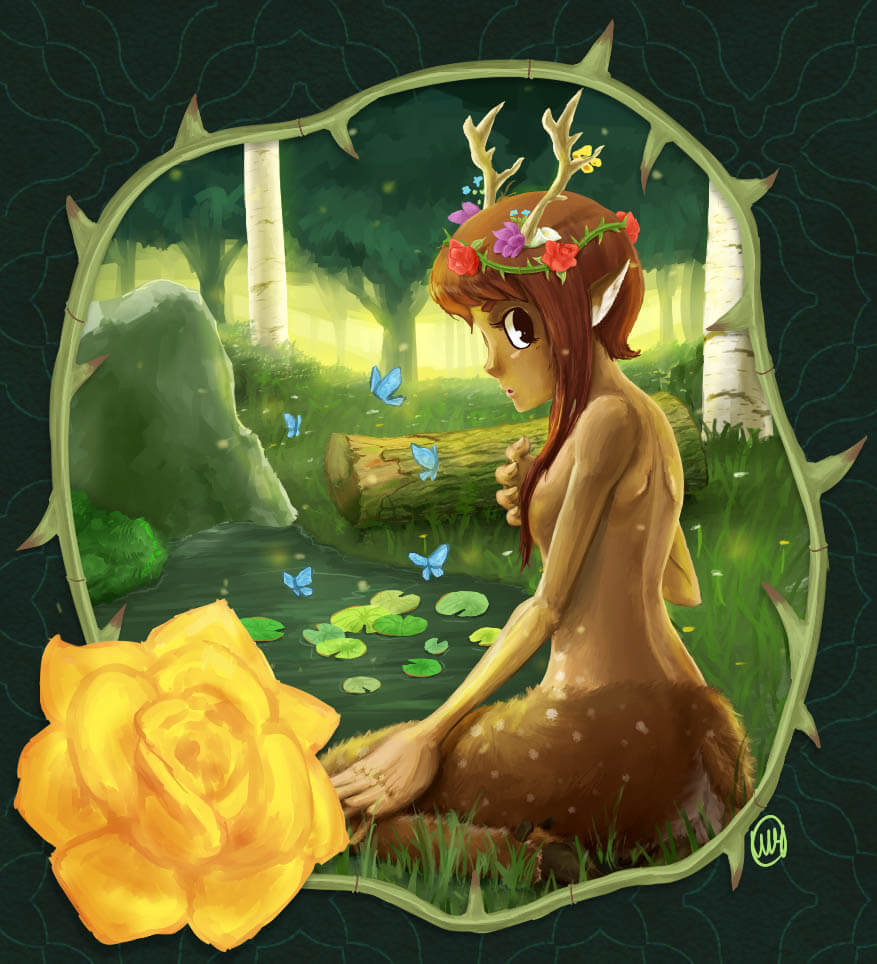 Also in 2014 I really got into Gaia Online waifu dressup and did commissions for gold on the forums of people’s avatars… but I ALSO had a topic where people would ask me to draw their avatars for free (and also poorly) and then I would make fun of them. It was a big hit for some reason. 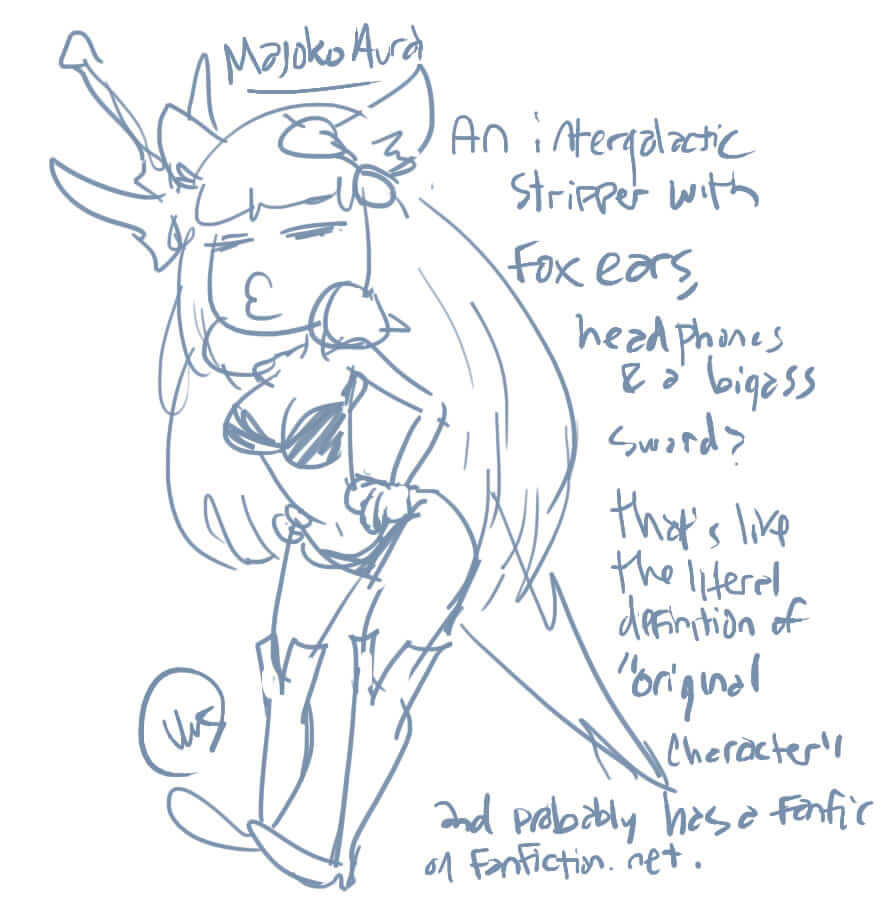 Nothing particularly interesting happened between 2016-2017 other than I switched to Clip Studio Paint from Paint Tool SAI. Here’s one of the first things I drew in CSP, my Psychokino from Tree of Saviour.

In 2018 I very briefly , for a few months, tried to get into watercolour painting…it was hard so I gave up haha. This is fanart of a webcomic that inspired me to make my own, Solstoria. 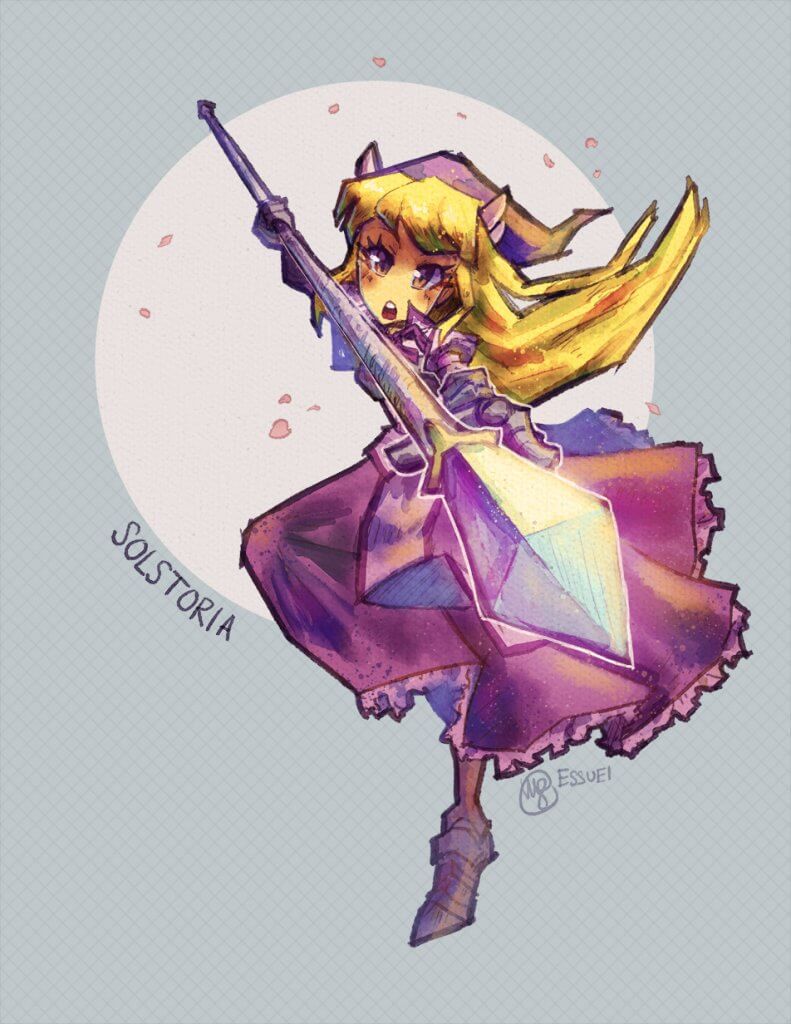 By the way, you might’ve noticed I only recently changed my handle/signature to SHIROASA (I thought it was longer, but… apparently not). That was in March of 2018. Before then for a long time I was known as S.A. or Essuei. And before THAT I was known as Anni Korzeniowski. Then before THAT I was Sarionel. Then BEFORE THAT I was Vhayl Kroe. Even after I stopped using Vhayl Kroe as my handle, I used it as my signature for 14 years. (There is obviously more to this chart but I stopped caring/collecting them in 2012.) 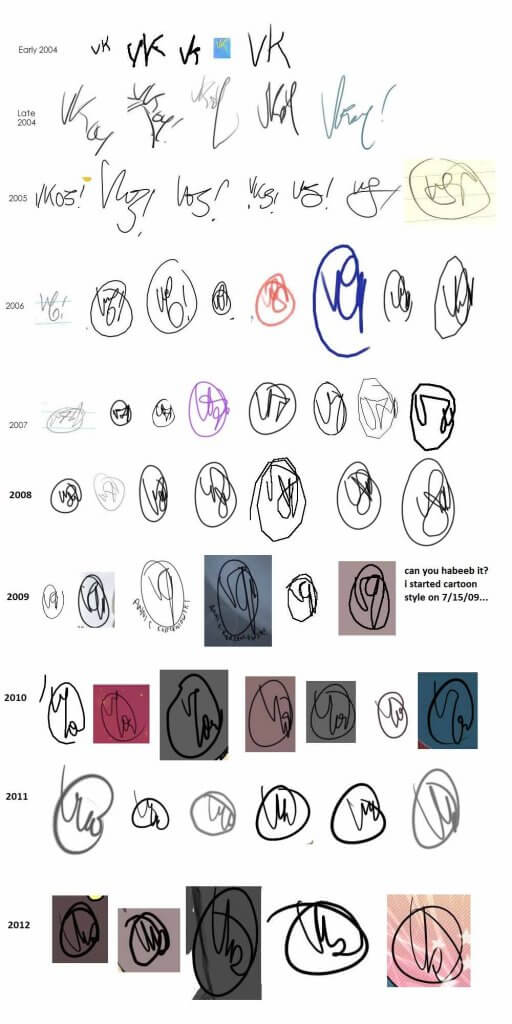 Umm… lastly here we are at the end of 2019. Have this style I never used again! 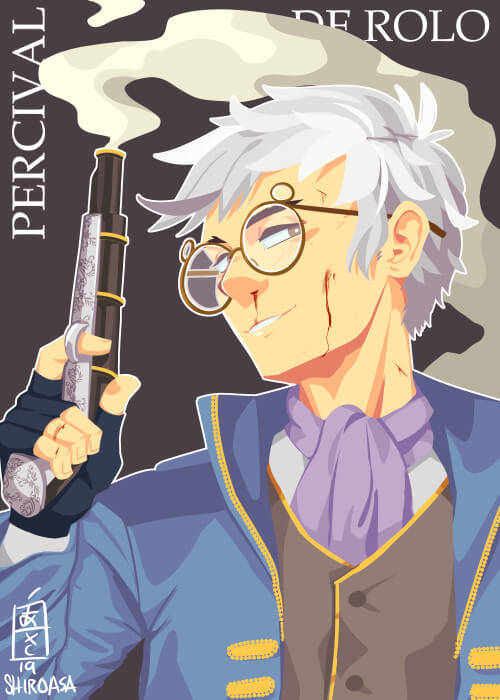 Ok, I hope you liked my journey!