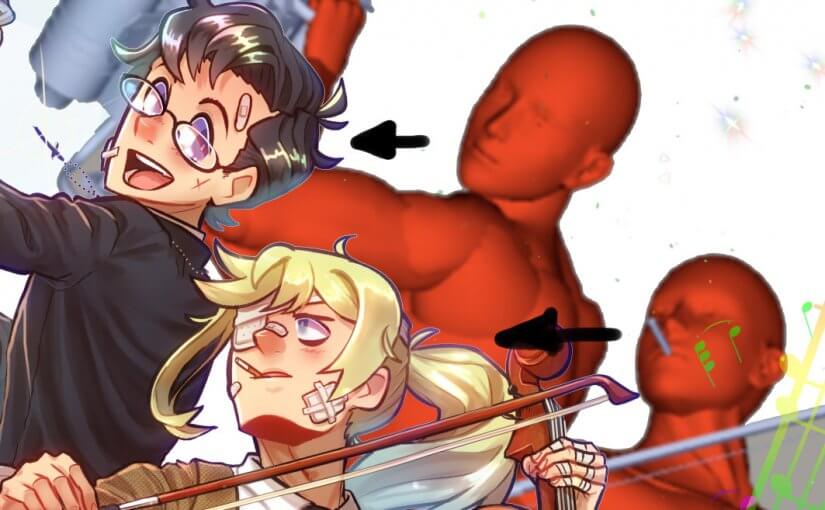 However I stopped feeling bad recently after coming upon a comic that very, very clearly traces over 3d. It feels really mean to say, but it made me realize that I shouldn’t feel bad using 3D because my art that uses 3d isn’t as obvious as that. I won’t post a picture out of courtesy, but it’s basically as if I had traced the model with my brain turned off.