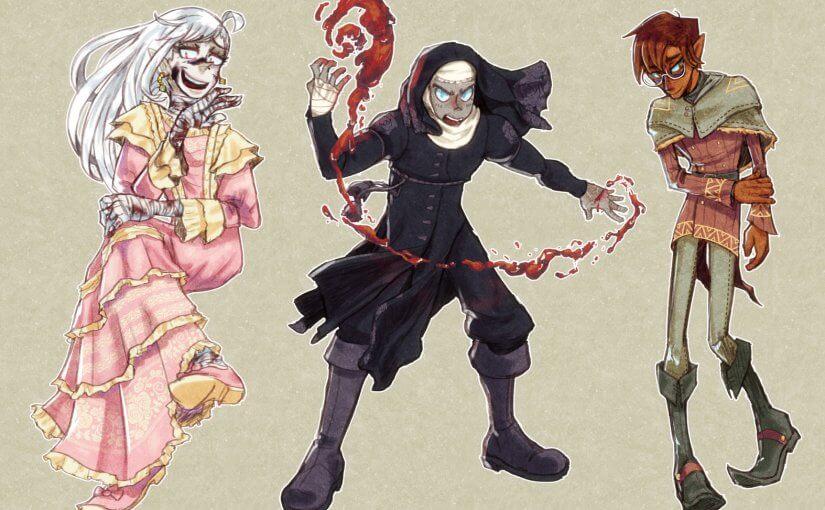 Yeah, so, those anime elf boys I always draw and post with no context? You know the ones. Yeah, they’re from my other project, dark fantasy/psychological horror comic APB.

This is a comic I’ve been working towards since the end of 2017, I have not really spoken much about it because of my anxiety but this project means a lot to me because it’s the first one that is based on me and has a really personal message I want to convey.

When 2019 started my goal was to get the first 10 chapters of APB written and if I succeeded then the next step would be to have the first 10 pages of chapter 1 done.

At this moment I have 7 chapters completed but they need to be looked over/revised because I’m a bad writer. I am hoping to have the comic out by early 2020 at the latest, late 2019 if I’m feeling really bold.

Currently I’m having a tantrum about having to draw the website graphics (and just coding the website in general) so when I get off my ass I will have a huge burden off my shoulder cause the website is always the hardest dang part.

I’m still trying to figure out what kind of style I want for APB, trying to show a moody/bleak atmosphere so maybe a little painterly and less colours. I dunno yet.

Surprisingly, I actually have most of the middle and the end already plotted out. It’s just polishing the events.

Also, this is the first (probably the only one? ha ha) comic that I’m thinking of releasing R-18 doujins for, having a little cold feet about the idea but we’ll see how I feel about it when the time comes. Thought about it more, the reason I’m more ok with it is because it’s explicitly stated they engage in sexual activity so it doesn’t come out of left field to make a doujin, in Wingless there’s nothing romantic or sexual in nature in the whole comic so that just feels weird and out of place.