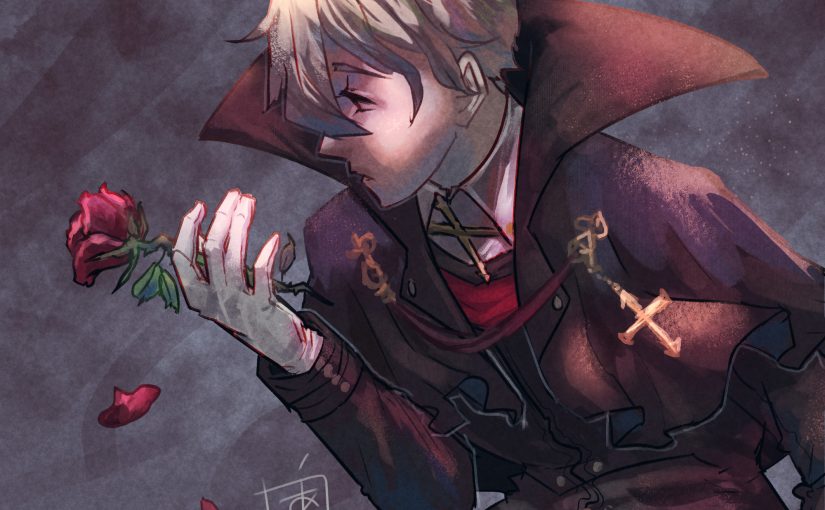 i was actually looking forward to this year , i was excited to draw people’s OCs and have a good time. unfortunately by the time AF came around i was barely interested in drawing and most of the month was just one long slog trying to get through revenges.

my pieces this year are actually worse than last year. most of them are quick and painless as possible because i barely had the motivation to draw, and there’s only one or two i’m not entirely ashamed of showing.

last year i considered AF for experimenting with stuff but honestly this year my hand just kind of moved and that’s it. i was doing the same shit i always do, the stuff i already know how to do, no experimenting, just trying to get through my revenges. so, i’m pretty disappointed in myself.

my goal last year was to get really good so i could make nice pieces on art fight, but… well, here i am, my art looks exactly the same as last year (or worse because it’s all minimal effort), i didn’t have energy to do any “wow” pieces, it looks like crap, nothing’s changed.

on the 20th (2/3rds of the way through the game), i was slogging through my revenges again late at night and was pretty tired, so i didn’t read any character permissions since i just wanted them over with. i woke up and found that i had actually disobeyed one of the peoples’ character permissions and drew one of my revenges incorrectly (they were not supposed to be drawn alone, and i did just that). The person relayed this to me, so I deleted the attack and profusely apologized, and said I’d redraw another revenge for them later.

it was the straw that broke the camel’s back; i had already been feeling tired, anxious and depressed due to the bullshit already going on in my life so i just called it quits and said i was done playing. i finished the rest of my revenges and fucked off. i didn’t need 11 more days of doing chores; i wasn’t even having fun, and stopped having fun after day 1, why did i continue for 19 more days when i knew i wasn’t having fun? Fuck it man.

just like last year, the event made me feel more bad about myself than usual, comparing my lame and ugly art style to others who are more interesting, pretty or cool, i don’t know how to stop making ugly art.

i’m not sure if i’ll participate again next year. i started feeling really out of place just being the community. most of the userbase is minors and a lot of people seem to only be interested in cool character designs rather than characters with stories, and character design isn’t my strong suit.

on the bright side, i finally got revenged for the first time this year and of course got some cute and cool art. but as for myself? i feel pretty bad. i didn’t have a good time. not a sliver of fun.