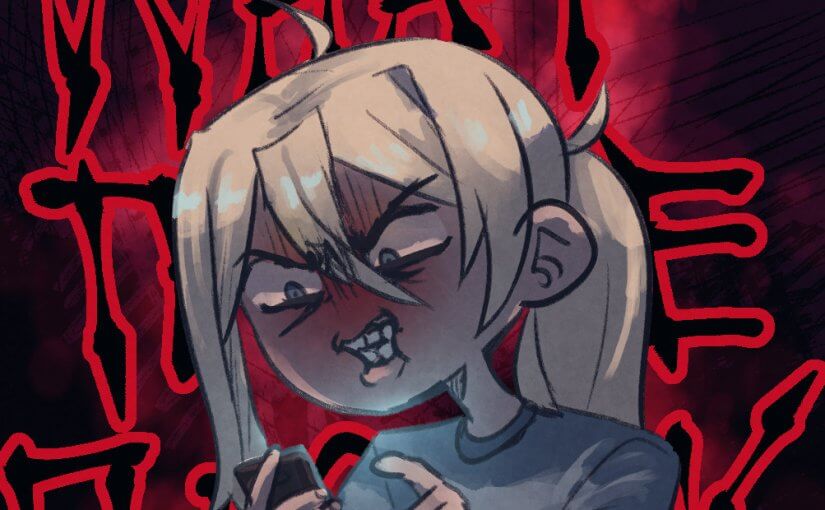 Kentaro Miura, the author of Berserk, passed away yesterday, spurring discourse on how much he overworked himself, and how overworking really will kill you in the long run.

There has been some commentary along the lines of “I would sacrifice my health just to have my work be seen by others!”

There was a similar commentary I happened upon recently as well, in which a reminder was given, targeted at artists, to watermark images to prevent theft. The comments section was sprinkled with this: “If my artwork was stolen, I would be honoured. It would mean at least someone would’ve actually seen it, and liked it enough to steal it.”

I felt it… and on some level, I related. The pained longing to have your work seen by anyone – anyone at all! – drives people to say this. How empty social media is, posting work to be consumed and for it to disappear into a void.

Yes, what an amazing feeling! To make that thing you worked hard on, only for it to be crushed by algorithms and apathy, what a ride!

I’ve mentioned similar things in the past. To follow trends just to have even a glimmer of chance to grow, to devalue myself just to have someone commission me, to pretend I enjoyed things just so someone – anyone – would notice me. Around 2014-2015, all I did was draw shitty fanart, because I was desperate for clout, for someone to notice me, please notice me, anyone at all, please look at me, please.

What did it get me? Fucking nothing. All I did was hop around to various fandoms and just draw whatever popular crap was there and move on. What was the point? I keep getting told that I need to draw fanart to grow my audience. Yeah, I agree, but I don’t like fanart, I’m not dedicated to it, so it’s just going to be a repeat of whatever the fuck I was doing in 2015: a complete waste of time. I’m not here to draw fanart, I’m here to draw shit I like.

My own obscurity weighs heavily upon me as a freelancer, because I need audience to buy my art, and no audience = no customers = no munny. I likely wouldn’t care as much if it was just me working your average day job and drawing here and there, but the reality is my lack of being able to cultivate a following has been my bane for years as I watch other artists with small businesses spring up into success like lovely little flowers.

Why? What am I doing wrong? I keep telling myself, “oh, well, it’s because I’m not good enough,” but when will I be good enough?

What’s “good enough?” I’m clearly not good enough for the masses – so I must work harder!

…When is my work enough?

Is it ever enough?

I found myself asking this as I ended my work today. I just finished sewing up commissions and I was exhausted. That was pretty much the only thing I had done today, and I felt miserable, like I had wasted the entire day.

I treated myself to playing a game – I hadn’t played a video game in months now. Because I’ve always been too busy. I’ve always had things to do. I made a note to stop after a certain hour so I could get back to work.

But my own lethargy washed over me. My brain was fried. There was no way I could work in this state, no, not at all. A numbing sensation washed over me, I felt unable to care about anything. I still tried to work though. And I failed. So I begrudgingly allowed myself to stop working for the rest of the night.

It was the first time I actually made time for myself in a long, long time.

If I sacrifice my health, I’ll surely be noticed, right?!

Listen to yourself! It’s foolish. Look at how much you are suffering! And for what? To continue being in obscurity. It’s not worth it, by any measure! Whether you sacrifice yourself or not, you will always be nobody. Why take a double loss then?

Well? Where is your reward? That “big following” you wanted? Oh, that’s right, because that stupid platitude you’ve been chasing the carrot for is complete bullshit.

It’s not worth it.

Existing is so tiring.

So many times… no, at least a couple times a week, I find myself going, “just delete it all. Delete your accounts, your comics, everything! Just get rid of it. Your store? You only make sales at conventions, just toss it, it’s a waste of money. Patreon? That’s only for good artists lol, delete it. What? Commissions? Shit, dude, who wants to actually pay for your shitty-ass art that you can’t even collect followers for? Just delete it all, you smooth-brained idiot!”

If I did, I would probably much happier, wouldn’t I? But I sure do like chasing that fucking carrot. What is it about that carrot that’s so appealing?

I know that the distance to the carrot will just keep increasing. The ever-moving goalpost. But why do I keep falling for it?

One thought on “I’m tired of chasing the carrot.”