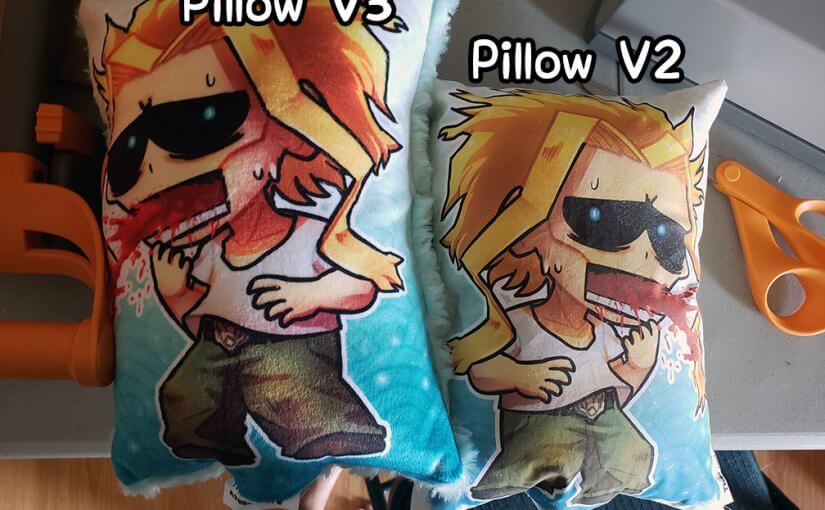 Therefore, I hope to start phasing out my prints (or at least keeping only 5-ish of my most popular ones like Jojo or YLIA) and just primarily sell pillows. I want to sell more charms but I find them hard to move, I’m still experimenting with placement on my table. My t-shirts sell well but I don’t like designing them so I’ll probably just have the same 2 forever…

This has really been a game changer for me and how I feel about cons. I have long been very miserable and feeling inadequate because I couldn’t decide what my MO here was. Sure, it’s to make a profit, but there’s nothing I particularly enjoyed about making merchandise for cons, it always felt like a chore. Like chasing whatever was the popular thing and watching my printed art die along with it.

Now, I’m invigorated by finally finding something that doesn’t feel like a waste of my time and makes me feel okay to be where I’m at as an artist. This is fanart I actually LIKE doing and I don’t mind at all. I LIKE doing this. What a novel concept!!!

TL;DR: It took 30 years of being on this miserable fucking earth but, for once, I finally felt like I’ve done something right.

One thought on “Something Positive”