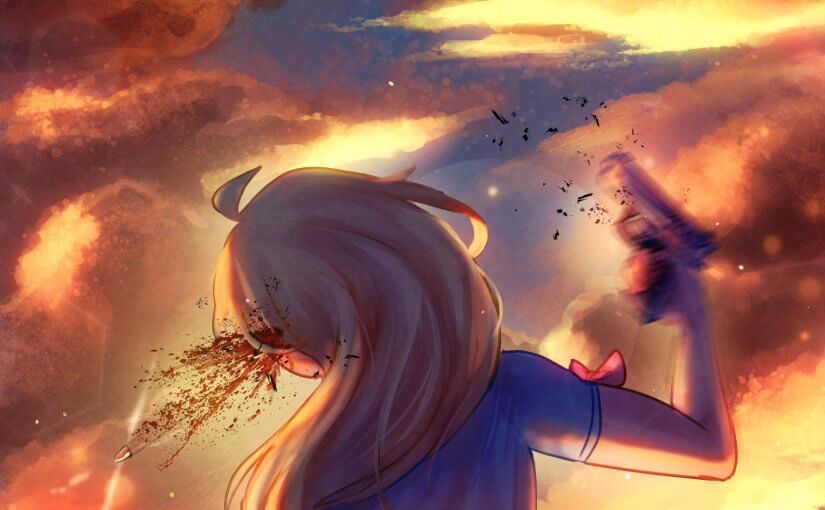 I went back to clean up some old posts on social media, one of which was from 2017 and I mentioned “I’m gonna stop drawing fanart and just draw what I like!”

How many times do I keep telling myself that??? When will it stick????

Apparently never!!! I don’t ever learn!!

I’m currently doing some SEO bullshit and I feel myself almost cracking. Maybe, MAYBE, I’ll finally have a full god damn split in the pathetic casing called a skull so I could stop thinking stupid shit.

Is it fanart? Or is it the stuff I actually WANT to draw?

I hate the thing that gets me money! It makes me have no motivation to do anything because I’m constantly enslaved by this shit I hate! Knowing that I’ll never get anywhere if I made stuff that I actually liked, knowing it’d be a waste of time if I ever tried to do something that wasn’t that dreaded fanart that pays my bills! I’m so pathetic!

I was asking for help in Discord a few weeks ago about some merch stuff and it was mentioned I’d get an identity crisis if I kept drawing stuff I don’t care about.

I didn’t think about it, and I brushed it off.

It wouldn’t be so bad if I had a “real” job and just did this on the side but when art that I hate becomes my job and art is also my only hobby, I grow tired of picking up the pen to squeeze out whatever droplets of “creativity” are even left in my head. In fact, I hate it now! I despise it. The thought of drawing anything now fills me with dread. I hate drawing, I hate fanart, I fucking hate it all! It is all garbage, it’s all awful! I don’t have desire to work on my own things, I know it’s all worthless! I have no desire to pick up my pen for anything, money or personal work, it’s all stomach-churning.

Why couldn’t I just listen to myself four years ago and stop this charade before I became too deep?

I’m SO stupid and i KNOW it but I just can’t lift my fucking hand to stop being stupid! I just watch myself commit the same mistakes over and over knowing I’m fucking myself repeatedly. I thought I’d get wiser as I’m older, no I’m just as stupid as before, I’m stupid, stupid, stupid and I can’t ever escape this hole I dug myself into, I have bills to pay and I’m too mentally ill to have a “real” job, guess I’ll just keep drawing these fucking anime characters until I blow my head off.

How many posts I have I made on this site whining about this same thing? Too many. Too many! ONE is TOO MANY. But I never stopped, I just KEPT GOING. And now I am ramming into a wall, over and over, my skull is cracking from running into this wall so. many. times. I hope my brain finally falls out of my head.